How to Reduce Projector Fan Noise?

While the goal of movie and TV watching experiences revolves around enjoying content without unwanted distractions, we need to remember the basic physics of technology. Projectors, just like everything from PCs to cars and airplanes, need active cooling to ensure optimal performance. Technology continues to improve and components now produce far less sound than in the past, but if you’re looking to get a projector you should be aware that fans and moving parts do make sound. But in no way should that hamper your experience. We’re not talking stadium rock-loud here, just regular sounds of cooling and spinning parts much as you’d get with a desktop PC that has case fans and platter drives. Let’s review some steps you can take to make sure sound has no ill effect on your enjoyment.

AUN projectors use advanced DLP and LCD technology. The LCD or DMD (digital mirroring device) as well as the projector’s LED need to be kept cool to prevent damage/warping and image deterioration. The RBG wheel needs to spin to make sure color gets shown accurately. Thus, projectors have active cooling systems that use fans, and the RGB wheel’s mechanism allows for high speed spinning.

All of those moving parts, which are essential to keep projectors running at peak health, produce sound. Without them the projector would overheat and wouldn’t depict color. As of this writing, it’s impossible to manufacture a high performance home cinema projector with zero noise output. If someone tells you they have one such projector they’re either unrealistic or come from the future. Currently, some sound emanating from a projector has to do with simple physics and can’t be avoided, but nor should it be a source of displeasure for you as a home entertainment buff.

The AUN Approach to Projector Acoustics

Our engineering teams work hard to make sure sound levels on AUN projectors stay as close to the unavoidable minimum as possible. We choose parts that generate minimal air turbulence with motors that do not produce annoying whining sounds. AUN projectors also use smart cooling to moderate fan speed based on monitoring of projector thermals. These measures help reduce potential sound and create quieter projectors.

Also, remember sound output may vary among different projector models. With bargain basement projectors that use off the shelf, cheap fans and motors you’ll likely get a lot of noise because little to no optimization effort has gone into those projectors. With AUN you’re guaranteed projectors designed and built in-house with a lot of fine-tuning invested in each model. Unbranded or lesser projectors often exceed 60dB sound output, but our 1080p projector models do not go over 55dB from 5cm distance, which isn’t enough to drown out the sound of a movie or TV show. A regular conversation runs up to 65dB while our projectors operate more quietly than most libraries – those average 40dB. 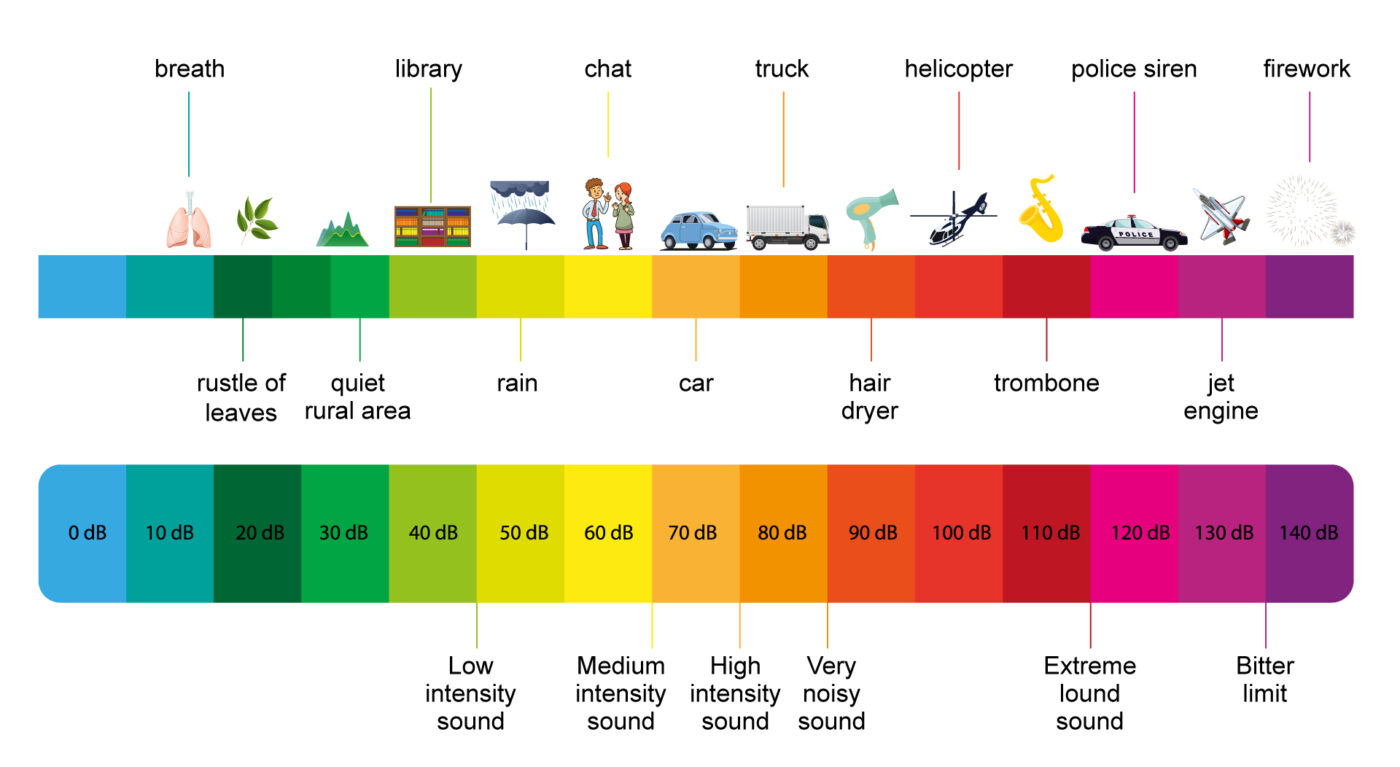 Can You Do Anything to Keep Projectors Quiet?

Of course. First of all, as with all electronics and machinery in general, projectors prefer cool environments. We don’t mean an ice box or a freezer, but since we test all projector sound levels in 23-27 degrees Celsius, that’s the range we recommend. If your room heats up beyond 27 degrees, the projector may need to work harder to keep cool, leading to slightly elevated sound output.

So a reasonably cool environment is one thing. Then, please make sure the vents on the projector aren’t blocked. Don’t place the projector in a cramped place. Allow at least 50cm of clearance in every direction around the projector, and don’t put it on soft surfaces like rugs, carpets, beds, or sofas. Make sure the underside clearance provided by the projector’s feet remains unobstructed. Regularly wipe the projector clean of dust to prevent particle build up and vent blockage.

There’s no need to invest in third party cooling pads or external fans. Those may void your warranty and won’t do anything to help, as AUN projectors ship with active cooling designed specifically for each model’s optimal performance.

What you can do is arrange your viewing environment much like you would with a PC or game console. You don’t have to sit right next to your projector. If possible, sit 6.6 ft. away or 3.3 ft. as a minimum. From 6.6 feet, a 30dB projector will barely be audible. To compare, from 6.6 feet another person would need to raise their voice to 80dB or so for you to hear them clearly.

Even with current technology, which is only going to improve moving forward, active cooling sound levels on modern projectors really aren’t an issue. While inevitable due to mechanics and physics, the little noise produced by projectors doesn’t intrude on their main purpose, which is to deliver home entertainment on a scale unmatched by TVs. Further, with a few simple steps you can easily help keep your projector cool and quiet, which will prevent unnecessary sound emissions while prolonging the life of your projector. Happy viewing!